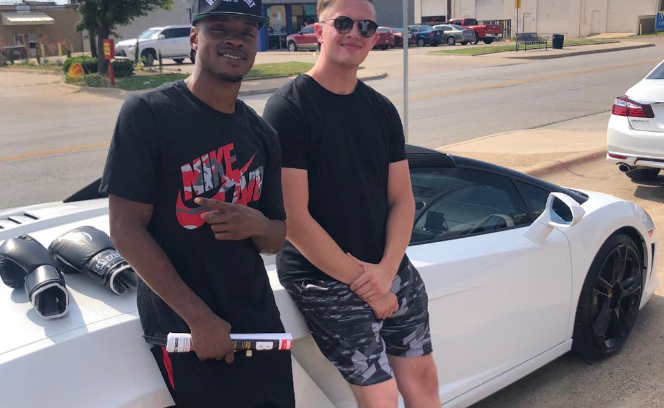 Right after winning a fight against Shawn Porter, boxer Errol Spence was just in a horrific accident in a $300,000 Ferrari that sent him flying from the car as it rolled over several times in Dallas around 3 this morning. He has several broken teeth now but expected to recover. Not wearing a seat-belt didn’t help and he’s also possibly facing a DWI charge. Since the Riverfront Blvd. accident took place, he’s been in the ICU.

Support and well wishes have been plenty since news of the accident broke coming from everyone ranging from the coach of his favorite team, Jason Garrett with the Cowboys to boxing legend Roy Jones, Jr. “Obviously, everyone’s thinking about him,” Garrett said. “Heard the news this morning and he’s certainly been a great champion and our thoughts and prayers are with him.”

Currently holding a 26-0 winning record, he obviously has a lot of people looking up to him. With high profile victories such as Mikey Garcia, Kell Brook and Chris Algieri, the 29 year old’s career has been meteoric. BoxRec has ranked him pound for pound the 5th best active boxer. We only hope that he seeks to be more responsible with his physical well-being since it is in direct correlation with his talent and career. We’re praying for his speedy recovery and better judgment moving forward.

#BREAKING Exclusive video from a nearby security camera shows the crash that injured Championship Boxer Errol Spence Jr when he lost control of his Ferrari and it rolled multiple times ejecting him. Fortunately he survived and expected to be ok pic.twitter.com/2Z1xh9DDiA